The Monday, January 18, 2010 tribute for Martin Luther King, Jr. at the Southern Appalachian Labor School will feature community service projects, Ethel Caffie-Austin (West Virginia’s First Lady of Gospel Music) and a special appeal for Haitian relief.  The public is invited to attend all or part of the day-long event.

The community service projects will begin at 8:30 a.m. in three locations.  The first will be at the SALS Community Center, where people will build large planter boxes for the new green house facility.  The second will be a mile south of Kincaid on WV 61, where SALS is constructing a Green Learning Classroom Laboratory.  The third will be in North Page.

After lunch at the Community Center, the special tribute program will be held at 1:30 p.m featuring Ethel Caffie-Austin, Step By Step Singers, and the SALS Choir.

Caffie-Austin, who was raised in Mt. Hope, is a powerful folk artist and pianist who performs black sacred music.  Her music, which includes hymns, anthems, spirituals, and contemporary gospel songs, is solidly based in the churches and communities of southern West Virginia.

Ms. Austin has had numerous appearances in concerts and workshops and honors awarded her throughout the U.S. and Europe.  A few of her recent accomplishments include: guest soloist at Wolf Trap in conjunction with the reissuing of a prominent anthology of folk music for the Smithsonian Institute in Washington, C.C.; guest conductor for a children’s choir in concert in Larcona, Switzerland; toured in concert a total of seven times in Europe.  This year Ms. Austin has visited Zimbabwe, Africa, and sung in concerts in King Theater and Greyfriar’s Kirk (Cathedral) in Edinburg, Scotland, and Brecon Cathedral in Brecom, Wales.  She has accompanied and sung with Pete Seeger, and appeared on West Virginia’s Mountain State with Joan Baez, Sweet Honey in the Rock, and Kathy Mattea.  She has been guest soloist twice for the Wheeling Symphony Orchestra and made her debut at the Kennedy Center for the Performing Arts in Women of Gospel (a musical review of great African American female Gospel Music singers) in February 1991.  Ten years ago, SALS received funds to help make the PBS documentary titled “His Eye is on the Sparrow” about her life and career.

SALS has a rich history advocating for social justice, a clean and safe environment, civil rights, and cultural diversity.  As noted by John David, SALS Director, “it is our belief that the arts and service are essential in rebuilding community and uniting people across racial, class, and gender lines”. 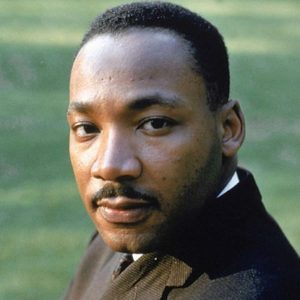